The native Pennacook tribe called the area Contoocook, meaning "place of the river near pines." On June 6, 1733, Governor Jonathan Belcher granted it to John Coffin and 90 others, most from Newbury, Massachusetts. Settled in 1734, it soon had a meetinghouse, sawmill, gristmill and ferry across the Merrimack River.

On April 22, 1760, Contoocook Plantation was incorporated as a town by Governor Benning Wentworth, who named it for Edward Boscawen, the British admiral who distinguished himself at the 1758 Siege of Louisbourg. With a generally level surface, the town provided good farmland, and became noted for its apple, pear and cherry orchards. Bounded by the Merrimack River and Contoocook River, it also had abundant sources of water power for mills. Industries included one cotton mill, one woolen factory, nine sawmills, a gristmill, a saw manufacturer and machine shop, and a chair and match factory. A mill town village developed at Fisherville (now Penacook), which straddled the river border with Concord. In 1846, the Northern Railroad was built through Boscawen.

Sometime around 1846, the town's postmaster became one of about a dozen in the country to issue provisional postage stamps before the official issue came out in 1847. The stamps were an adaptation of a postmark, simply reading PAID / 5 / CENTS, typeset in blue on a yellowish paper. These are extremely rare; in 2003, the estimated price at auction was US$225,000

Boscawen enjoys access to the Merrimack River and an easy 12-15 minute ride to Concord. It still boasts active farming and some of the best corn you will ever have comes from the Crete's Highway View Farm. Fresh produce, apples, peaches and berries, as well as other locally made goodies are offered at the Hackleboro Orchard farm stand and Pustizzi Fruit Farm located in town.

Boscawen is part of the Merrimack Valley School District. 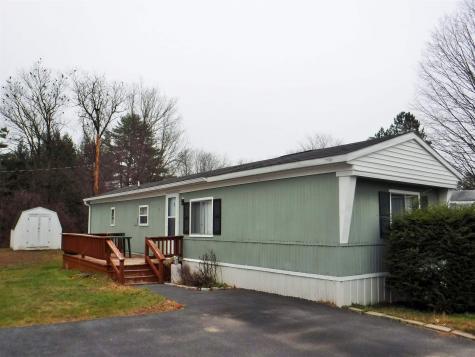 Affordable opportunity awaits first time buyers seeking home ownership or to downsize into a manageable property. This 2-bedroom, 1-bath mobile home offers an answer to those dreams. Located in a quiet park close to I-93 and major commuter routes for the Greater Concord or Lakes Region areas, this home is in good condition, offering newer propane fired furnace, some newer windows, huge closets in the bedrooms, storage shed and a large deck at an reasonable price. This home is being offered “as is”. No dogs. One indoor cat requires a waiver. Property is currently in probate and will not be able to close until the end of February or March. Park looks for a minimum credit score of 700. 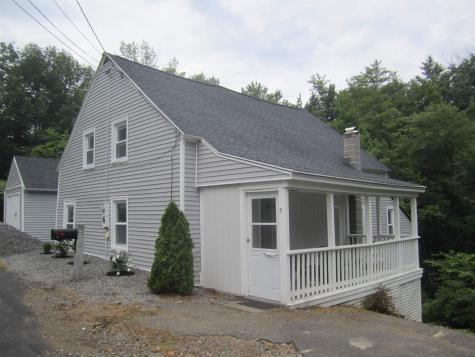 Nicely rehabbed 3 bedroom home in convenient yet rural location with easy access to I93. Features include brand new kitchen with new cabinets, counter tops and stainless steel appliances. Fresh paint and new flooring throughout, brand new windows, vinyl siding and roof, recently updated furnace and more. Town records indicate it is a 2 bedroom home. Please notice reference to easement mentioned on the assessment info. Recent work done to property not yet updated with town assessment info. There is a lower basement area accessible only from the rear of the home. Use extreme caution if you attempt to go to the rear of the home. The property is very steep in the back. 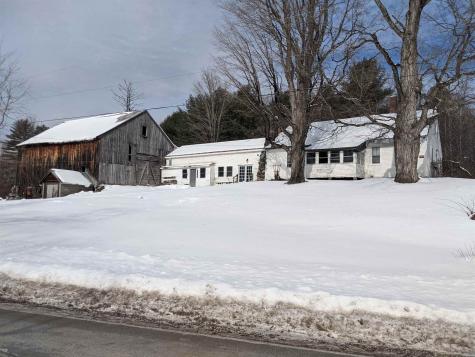 Vintage 1781 post and beam cape style home with attached 1 bedroom accessory dwelling apartment and original barn. This property can be restored or torn down for newer development or single family home lot. Considering a lifestyle of living off the land? This rolling 50 acres includes wooded and old pasture property with nearly 800' of paved road frontage and borders both the Deer Meadow Brook and Pond Brook. Not for the faint of heart this property is best viewed by those with a vision for restoration and financial abilities to match. The existing home features an unfinished post and beam entryway between the main house and the accessory dwelling and an additional unfinished 2nd floor. Zoned AG with a variety of permissible uses. 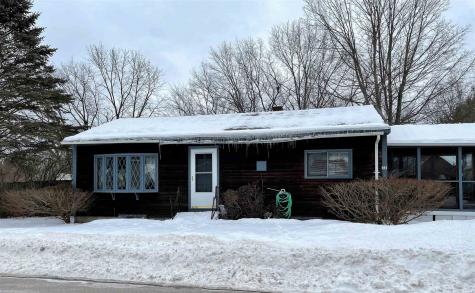 Enjoy warm summer nights on your screened in porch or under the gazebo in your back yard. This perfect starter home has a huge fenced in yard to keep all your babies safe or perfect for some privacy during much anticipated summer gatherings. Prepare your friends for football parties in your basement with your own personal bar complete with it's own tap. Great family room with lots of space for everyone in the finished downstairs space. **Property is being Sold As Is and priced to move.** Agents see non public remarks

Great location for in home business!!! With a change of use this commercial building could be a single family with or without a home business, or a multi family with 2 finished levels of living. Some modification needed including installing a kitchen sink, closets for bedrooms. A second kitchen and bath for 2 family, or use the walkout basement or left side of house for business. Come take a look and see the possibilities. MLS# 4845228 Listed as commercial. 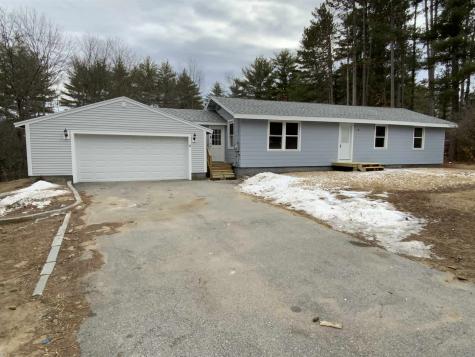 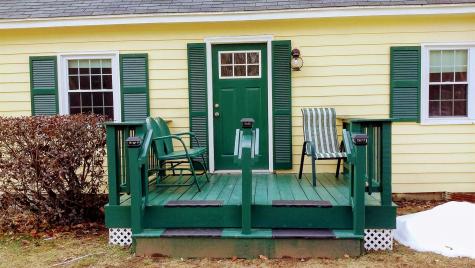 This could be your Dream Home, Beautiful remodeled Cape with plenty of room to grow. Large Kitchen with 2 stoves, one electric and 1 Wood, attached to beautiful Sunny Dining Room. Spacious Living Room with hearth and stove. The Main bathroom is very large and includes washer and dryer. Gorgeous hardwood floors in upstairs bedrooms. Ceramic tile in kitchen and bathrooms. This gem is finally ready for a new owner, lots of delays on the face lift, due to waiting for materials to update this family home. 3 bedroom, 2 1/2 baths, updated plumbing and electrical, paint, floors, wonderful natural lighting, large spacious rooms and new counter top and tile. Two car garage with workshop area and plenty of storage room. Step outside to the yard fenced in patio with in ground swimming pool with picnic area, fire pit and slide . This is a must see to appreciate the flow of this gorgeous home. 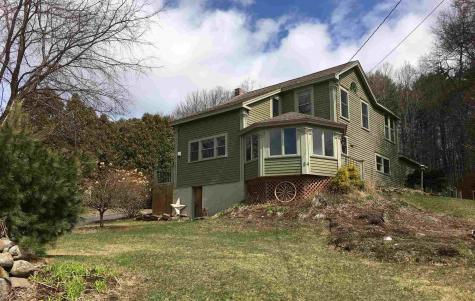 Welcome home to this wonderful New Englander located in a peaceful country setting. As you make your way up the driveway you will see the established fruit and flowering trees. You can enjoy your very own apples. peaches, pears, and blueberries. You will first see the classic 2 story barn that has plenty of room for your cars along with all your toys and equipment. Once you enter this inviting home you will notice how the spacious mudroom opens to a first floor laundry and half bath. You will then continue to the open dining area, large living room, and office. This home offers an impressive kitchen that includes granite countertops, upgraded appliances, and plenty of cabinetry. Right off the kitchen you can relax and unwind in the unique sunroom. Upstairs you will find 3 bedrooms along with an upgraded full bathroom including a soaking tub and separate shower. There is plenty of privacy and outdoor space to be enjoyed throughout the 1.3 acres. The septic system was replaced in 2018! This home provides quiet comfort yet it is just minutes to major highways. Come take a look today and see all it has to offer! 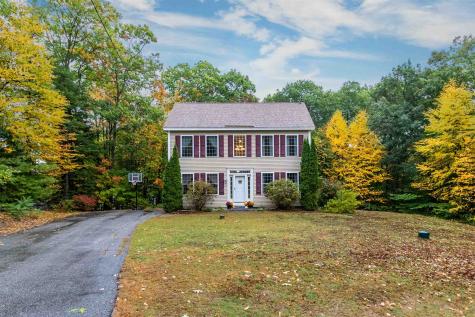 Come and see this beautifully maintained Colonial in a highly desirable neighborhood in Boscawen NH! This is a very clean, turnkey home in a quiet neighborhood on a dead end road. Lots of space inside and outside the home. Book your showing today, this one won't last long! 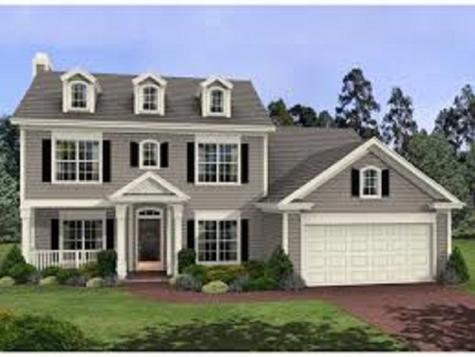 Attention to Detail and Quality Craftsmanship in this 3 Bedroom 3 Bath Colonial with 2 Car Attached Garage in new subdivision. Hardwood, Tile, Granite, appliance allowance, and design the home of your dreams. Located in a country neighborhood setting yet close to Rte 93 and many amenities.

Listed by Donald Fannie of Century 21 Circa 72 Inc.

Copyright 2021 New England Real Estate Network, Inc. All rights reserved. This information is deemed reliable, but not guaranteed. The data relating to real estate for sale on this web site comes in part from the IDX Program of NEREN. The information being provided is for consumers' personal, non-commercial use and may not be used for any purpose other than to identify prospective properties consumers may be interested in purchasing. Data last updated February 25, 2021.