Webster was a part of Boscawen until 1860, the town takes its name from American statesman Daniel Webster. Webster was dramatically reshaped by a major flood in 1936, the great hurricane of 1938, and the consequent construction of the Blackwater Dam flood control project.
The 1936 flood, caused by torrential rains in combination with rapidly melting snow pack, took out five covered bridges crossing the Blackwater River. Only one was left, and mail service, electrical power, and telephone service were severely disrupted. Rowboats were used to cross the river until temporary replacement bridges could be built. When the Army Corps of Engineers responded to these disasters by building the Blackwater Dam in 1940, many of Webster's older buildings were demolished and the Town was forever altered. A striking feature of the landscape in Webster and all of New England is the network of stone walls built, primarily in the years following the Revolutionary War, by industrious farmers.

Webster enjoys the Blackwater river and man made Pillsbury Lake. It resides aproximately 20 minutes from Concord and 15 Minutes from Hopkinton and is easily accessed by Rte 127 and secondary roads off Rte 4.

If you were the Governor your commute to work would be just over 20 minutes...barely. If you're not the Governor, and maybe your daily drive is to Manchester, add just 15 minutes. This great lot in the Pillsbury Lake Management Association has a boat launch, clubhouse and small beachy area all very near 67 acres of solitude on Pillsbury Lake. This is really a canoe-kayak kind of lake. With an average depth of 5 feet to the deep holes of 10 feet. Bass and perch will be the primary residents. The neighborhood is of modest homes on similarly sized lots. This lot comes in at .35 acres. You have your choice of either having your own well or you can get connected to the Pillsbury Lake Management water. More than enough room to carve out your first domain. Give us a call today to view your own little piece of paradise.

Webster - Remote, rolling 10 acre parcel ideal for an off-the-grid camp. Shown by appointment only. Do not attempt to drive by. Ask for high resolution maps and aerial views. 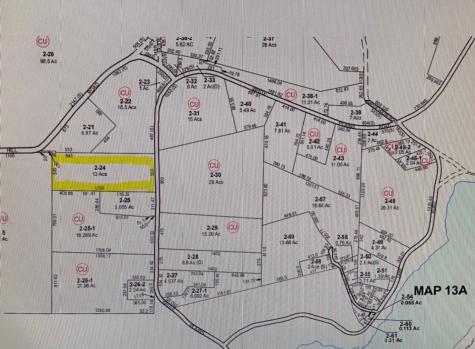 You won't want to miss out on this 13 acre lot with absolutely amazing views. Located one mile from lake Winnepocket and the town beach. Watch the beautiful sunset over Mt. Sunapee. A percolation test had been done many years ago and was good.

Beautiful corner lot with the perfect blend of open and wooded space. Located in the Woods of Webster, a small 7 lot cul-de-sac neighborhood of newer homes just 20 minutes to Concord and 10 minutes to I-89. Enjoy life in the country within easy reach of the city amenities. Just 2 lots left for you to build your dream on!

Beautiful private lot with the perfect blend of open and wooded space. Driveway is roughed in and house site cleared. Underground utilities already on site! Private location in the Woods of Webster, a small 7 lot cul-de-sac neighborhood of newer homes just 20 minutes to Concord and 10 minutes to I-89. Enjoy life in the country within easy reach of the city amenities. Just 2lots left for you to build your dream on! 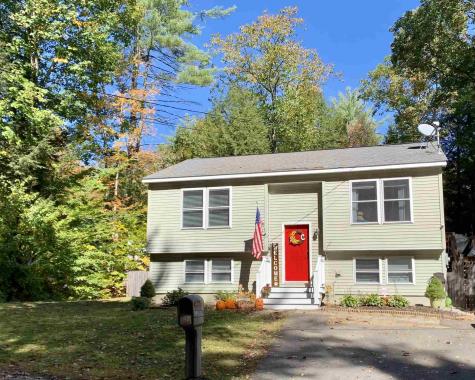 Simply adorable, 3 bedroom, split-level home in Pillsbury Lake area. Lovingly updated throughout in the past 2.5 years! Gorgeous LVP flooring throughout the main level! Tile and carpet in the lower level. Updated main floor bath to include cabinetry and fixtures. Updated kitchen with new appliances and more! This home shows pride of ownership, and has been freshly painted throughout. The lower level great room/playroom and bedroom both bathe in natural light. Located across the street from Pillsbury Lake. Enjoy all Pillsbury lake has to offer including, swimming, boat ramp, and clubhouse! This is a special home that you don't want to miss! OFFER DEADLINE 3/23/2021 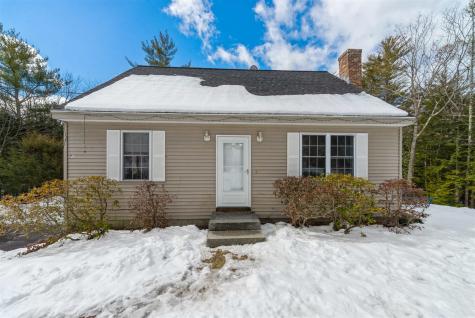 Welcome to Pillsbury Lake Village District located in Webster NH, which has an association building, playground and boating access. This charming Cape is beautifully landscaped with paver walkways with lighting, stone walls, stone fireplace, two decks and hot tub, all surrounded by garden beds. The 3 bedroom/2 bath home has a screened 3 season porch off of the kitchen, a study/office which could be turned in to a first floor laundry if desired, a home gym area in the renovated basement level, and a wood stove in the living room. This home is conveniently located only 20 minutes from Concord. Don't miss out on this charming country home! Professional Photos will be available Saturday. DELAYED SHOWINGS: OPEN HOUSE SUNDAY FEB. 28 11-2pm