Incorporated in 1727, the town was one of several formed to ease population pressures on the Seacoast. The town's name comes from its establishment along an arch, or "bow", in the Merrimack River. There is also a bend in the Merrimack River within its borders, and the name Bow may have come from either source. Grants in this expansion were given to many prominent Portsmouth families, causing concern by residents of Rumford to the north, who objected to being hemmed in from the south, and protested to the English crown against extension of such colonization. Upon settlement of the dispute, Rumford was renamed Concord. Bow is the birthplace of Mary Baker Eddy, founder of the First Church of Christ, Scientist and leader of the Christian Science movement. 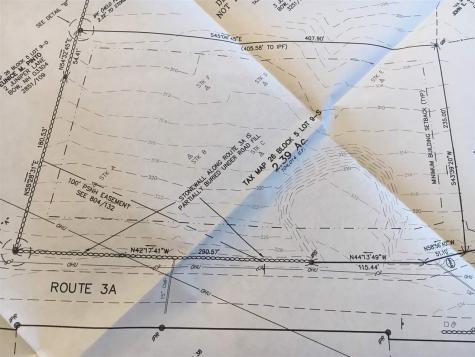 Nice Bow building lot with frontage on Route 3A . Close to the excellent Bow schools, and Routes 93/ 89 for easy commuting. Here is your opportunity to build in Bow!

Listed by Steve DeStefano of Century 21 Circa 72 Inc.

LQQKING for that private lot to build your dream home? Then look no further! Large 6.97 lot in a convenient Bow location. This Lot offers the possibility to set your home far back off the road for privacy. This wonderful lot may also offer seasonal views. This is raw land, no septic or building permits are on file allowing you to customize your new home they way you would like it!

Listed by Frank Warner of RE/MAX On the Move/Exeter 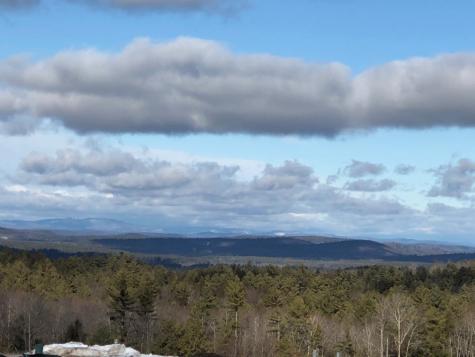 Welcome to High Meadow and High Meadow Preserve, which is under NEW OWNERSHIP. This exceptional community offers 180 degree views of Mount Kearsarge and Mount Washington and is surrounded by 100 plus acres of preservation and town conservation land for peaceful enjoyment of trails and open space. This is an excellent central commuter location, minutes to desirable BOW schools and Route 89/93 . Bring your builder!

Listed by Steve DeStefano of Century 21 Circa 72 Inc. 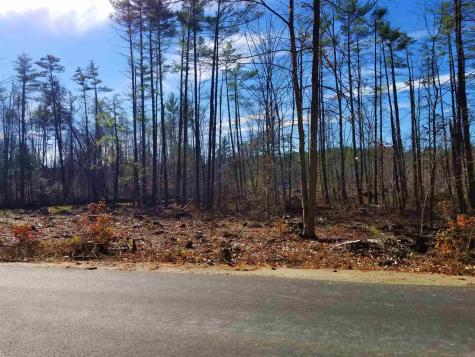 Tranquil 32.61 acre building lot in desirable Bow. This level and cleared parcel is ready for a new home. The plan shows a proposed driveway, which is fairly lengthy and thus great for privacy. A wetland permit has already been obtained from the state of NH, and perc testing has been completed as well. This country area near the Concord line is the perfect place in which to build your dream home. The location is excellent for commuters, as it isn't far from I-89 and I-93. The lot is in Current Use now, and the penalty for removing any portion of the property from this status will be paid by the buyer. No further subdivision is allowed with this property. With 1010 feet of road frontage, neighbors will be somewhat distant. This is a great spot for a few horses or other animals as there is room for a barn and pasture. Outdoor recreational activities are limitless for the buyer of this lot. There is a snowmobile trail right on the property which potentially could be relocated if desired. Spectacular value for this huge amount of acreage. Schedule your showing today! 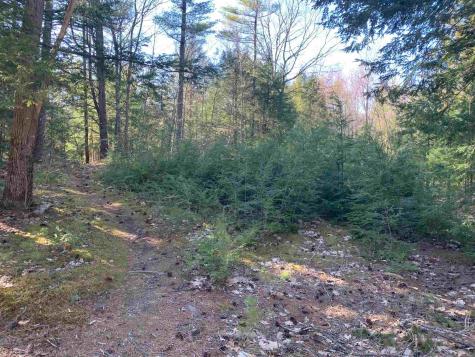 Looking for a private, executive lot to build your own home? Here it is. 24.94 acres in Bow conveniently located off Woodhill Road. Lot has plenty of space for hiking, hunting and has access to Greylore Farm Pond. Just minutes from Hooksett and Concord. A great opportunity to build your own home or use for personal hunting or hiking. Property is in current use and is buyers responsibility to take out if desired.

This is a fully approved site for automotive with 200' of frontage with a curb cut along Route 3-A. Approvals are in place with a parking site plan along with a proposed structure that can be built 80 X 42. This site has great visibility from both Interstate 93 and Route 3 A. 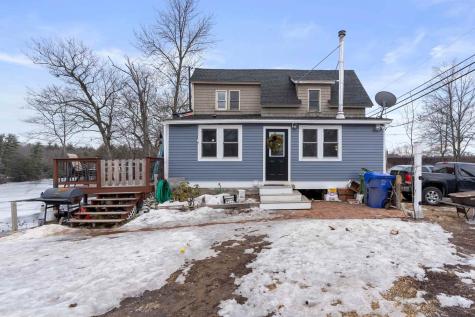 Don't miss this opportunity to be in the desired area of Bow right on the Merrimack River with great views and direct access to your private dock. This very sweet Bungalow is great for a first time home owner or empty nesters. Cozy living room with wood stove which heats the entire home. Head into your eat-in kitchen area and full bathroom. 2 bedrooms upstairs. Plenty of storage in your walk-out basement and still enough room for the man-cave in the bar area. Enjoy the large flat yard for entertaining and the deck to bird watch and see the ducks. The river is great for trout/bass fishing, duck hunting in the Fall upriver and the land across the river is state owned and offers legal hunting locations. Don't wait!! Showings begin Saturday 10:30-3:30 and Sunday 10:30-1:00 please schedule through ShowingTime. 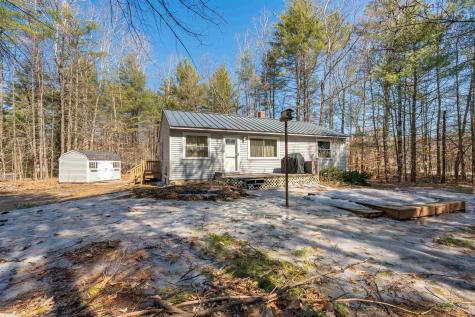 OPPORTUNITY KNOCKS! A CLASSIC RANCH ON LEAFY ACREAGE IN BOW...YOUR NEW CHAPTER BEGINS WITH THE TURN OF A KEY! Nestled on a lovely corner lot on a dead end road in a desirable and friendly Bow school district neighborhood close to highways and with easy access to Concord, Goffstown and beyond this home boasts thoughtful updates such as new windows and carpeting and has plenty of room for your personal touches. As you enter, warm bamboo flooring greets your eye and you'll immediately have a terrific sense of open space. The light and bright living room, perfectly proportioned for entertaining, spills into the dining area where memorable meals will be shared. The adjacent tiled kitchen features solid oak cabinetry, a suite of crisp white appliances and a bird's eye view of the outdoor fun that is sure to take place in the wood-lined flat back yard which is easily accessed through a handy kitchen door. Just down the hall, a large sunny master bedroom and additional sizable bedroom with fabulous closet space will make everyone happy. Want more? The basement level contains plentiful storage areas and additional finished bonus rooms which would make a dynamite office perfect for work-from-home and there's even space for a gym or playroom ~ true versatility for whatever you desire! Need more storage? The oversized outdoor shed has got you covered! LOCATION LOCATION LOCATION! PERFECTLY SITED ON A PRIME FLAT LOT AND IMMERSED IN NATURE...SHOWINGS BEGIN AT THE OPEN HOUSE 3/27/2021. 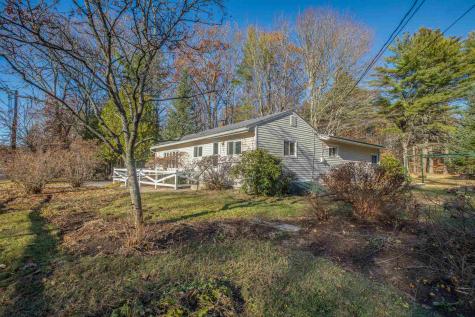 Nicely maintained and affordable 3 bedroom 1 bath ranch in the desirable community of Bow. Single level living at its finest with a very large and useable 5.6 acre lot that really makes this a unique setting. Beautiful hardwood floors throughout the dining, living areas and bedrooms, which are complemented by custom build outs for added storage. Tons of natural light seeps through the wall of windows in the open concept living room, taking advantage of the western exposure. Ample closet space in all 3 bedrooms with additional storage in the full basement and detached shed which is equipped with power. Huge level yard which leads to an established trail system wide and flat enough to drive a vehicle on. Ideal setting for a growing family, an older couple downsizing, or even an efficient gateway to the lakes and mountains regions with room for all the toys. Convenient location just 10 minutes to Concord and 20 minutes to Manchester yet still has the country feel. 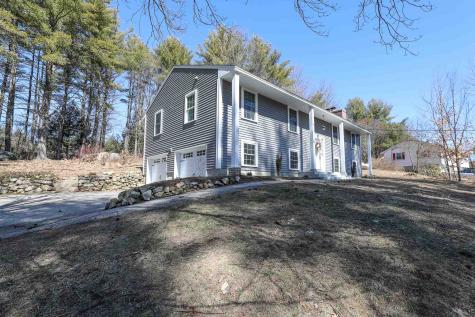 New, New New…this Tastefully Updated 3 Bedroom 1½ Bath home is ideally sited on a one acre lot in the sought after Bow School District. You'll love the Open Floor Plan, enhanced with Gleaming Hardwood Floors, featuring a Gorgeous Updated Kitchen with Granite Surfaces and a Suite of Stainless Steel Appliances open to a Fire-placed Living Room and a Dining Area. Newly updated Bathroom with a Jetted Tub; Newly updated 3 Season Room; New Windows; New Furnace; New Septic System, New Vinyl Siding; New Garage Doors; New Hybrid Hot Water Heater. Updated Plumbing & Electrical and Refinished Hardwood Floors. Relax in the Living Room by the Wood Burning Fireplace or gather in front of the Gas Fireplace in the Family Room...or sit back and enjoy the view from the 3 Season Room which overlooks the private back yard & wooded area. Located just minutes to Concord and close proximity to I-89 or I-93 makes this an ideal location for the commuter…Your search is over!!!