First granted in 1753 to a group of settlers from Chester, New Hampshire, this town was known as New Chester. In 1837, the town was renamed in honor of Isaac Hill, who served as governor and as a senator during President James Buchanan's administration. In 1937, Hill residents learned that their village was to become a flood control reservoir for the Franklin Falls dam project. Citizens purchased land on higher ground, and began planning a new village. By June 1941 the new town hall and school were completed, along with the streets, water system, and 30 houses.

Hill New Hampshire is a quaint New England town rich in history. It is located near major shopping and recreational attractions and only 12 miles from Interstate 93. Hill is located in the northern part of Merrimack County, bounded by Bristol and Alexandria to the north, New Hampton, Sanbornton and the Pemigewasset River to the east, Andover and Franklin to the south and Danbury to the west. Hill has an estimated population of 1,100 people.

The 11.35 acres of park like grounds, with stone walls and views is by far one of the finest offerings to become available on prestigious Murray Hill Road in a very long time. Sitting at nearly the height of the land on a paved town road, this land has outstanding curb appeal. The 11+ acres of fields and gardens has three approved curb cuts thru the stone walls for easy access to the garden. There is a brook that runs year round and provides water for the gardens. Mature pruned and maintained apple trees line the road. The forested knoll offers a clean walk in the woods with no underbrush or limbs underfoot.

Showings will resume 09/07/2020. Does one level living interest you? How about having the last home on a cul de sac (or where I'm from, a dead end)? Nicely wooded lot with a very private back yard. Brand new deck off the dining room will be great for those summer BBQs, or just a relaxing cup of morning coffee. Easy living on one floor, 3 bedrooms, 1 full bath, kitchen, dining and living ro m. This home could use some updating, but this is very affordable living in a very nice, quiet neighborhood. Town land is adjacent to this property, so the chance of neighbors behind and beside are slim. The Maurice Wheeler Memorial Park is part of the adjacent land with open space and ballfields within easy walking distance. Your own playground right next door. Franklin Falls Dam and Recreation area is also very close by. Commuting to Concord is barely a half hour. Bristol is only 10 minutes away. Affordable one level living in a quiet neighborhood, Schedule your showing today! 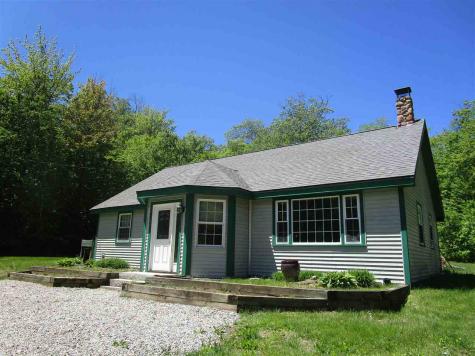 Charming Country Cape. Newly renovated and ready for new owners. This home offers easy living in the country. Inviting entry with open concept will make you feel right at home. Kitchen, dining and living all open to the wonderful feel of the field stone hearth and woodstove. The main floor also features full bath with three bedrooms. Expanded to open the feel there is also a second floor master. Outside enjoy the privacy of 4 acres with level lawn and wood areas. Time to get moving!

15 Years young. This home was built for the current and only owner.Quality construction shows everywhere in this very comfortable home. This is a Cape that is central to Concord, Bristol, Franklin. 2 car attached garage with stairs to a ton of storage above. Enter from the garage into a large open concept eat in kitchen with an island. There currently is also a full dining area off the kitchen or use the now den as a formal dining room. The living room is filled with sunlight from all the windows and it leads onto the fully screened porch that runs the entire front of the house. From the informal dining area is a door to the back porch into the fully fenced back yard. Great for any pets or small children to just run free without any worry of them leaving the yard. There is one mini split downstairs.There are two more upstairs to provide comfortable heating and cooling for the three bedrooms. The master bedroom has a large walk in closet as well as a 6 foot "standard" closet. Brazilian Cherry flooring graces the upper hallway as well as the master bedroom. The full dry basement has unlimited options for space utilization. There are some "rooms" for the fuel tank and well. A wood stove will heat the basement as well as the first floor easily. Also downstairs is the boiler which feeds the high output baseboard heat. From the road you are lead to the home down a winding paved driveway. This home has had very gentle use in its' short 15 years. This home is truly move in ready.

Listed by Jamie Holland of KW Lakes and Mountains Realty/Meredith

Copyright 2020 New England Real Estate Network, Inc. All rights reserved. This information is deemed reliable, but not guaranteed. The data relating to real estate for sale on this web site comes in part from the IDX Program of NEREN. The information being provided is for consumers' personal, non-commercial use and may not be used for any purpose other than to identify prospective properties consumers may be interested in purchasing. Data last updated May 26, 2020.