Northwood is well known for its lakes, with both seasonal and year-round residences. The larger lakes and ponds include Bow Lake, which is part of the Piscataqua River drainage basin, and Northwood Lake, Pleasant Lake, Jenness Pond, Harvey Lake, and Long Pond, all of which drain to the Suncook River, a tributary of the Merrimack River. The highest point in Northwood is Saddleback Mountain.

First settled in 1763, Northwood was incorporated on February 6, 1773 by Colonial Governor John Wentworth, when a large tract of land called "North Woods" was separated from Nottingham. Around 1800, the Portsmouth to Concord Turnpike was built, and the town began to prosper. Numerous taverns accommodated sledge and stage passengers. At one time, there were some 12 sawmills in the town, 5 of which were replaced by shoe factories during the latter half of the 19th century. By 1920, however, the last shoe factory had closed. More recently, the town has been a popular vacation spot, being home to 9 lakes and many antique shops.

Four Northwood districts along Route 4 are considered historic sections of town. They are, from east to west, East Northwood, Northwood Ridge, Northwood Center and Northwood Narrows. The town is home to Coe-Brown Northwood Academy, founded in 1867. 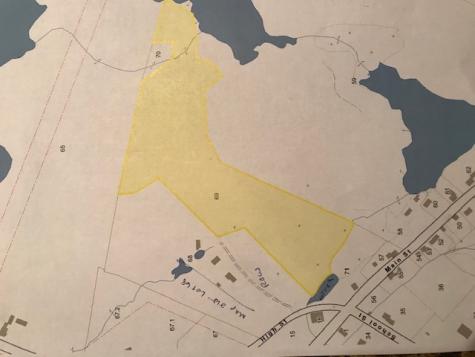 TEN ACRES! Immerse yourself in this wonderland! A skip away from Route 4, this quiet location is a picturesque site with wildlife and great sun exposure. Buyer to verify property details, including access to property via their own survey/site evaluation. 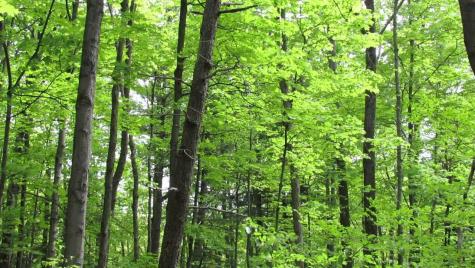 Buyer just pulled out of deal! Property will not last! Beautiful wooded lot in the Big Woods area of Northwood (1,400 Acres) 10.9 acre's. Previously had a building permit. Has part of Trail DD on the snowmobile trail system that goes to Canada. Owner has adjacent 117 acre lot for sale for $295,000 and an additional 4.5 Acre lot for $109,900. 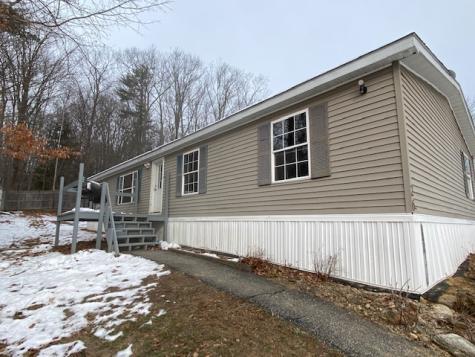 Looking for an affordable 4 Bedroom, 2 Bath Home in the Coe Brown School District? With over 1,500 s.f. this spacious doublewide Mobile Home has a total of 7 rooms and is located just 1 minute from Rte 4 for easy commuting to work or school. Master Bedroom with an ensuite bathroom and walk-in closet. Three additional bedrooms are located at the other end of the home. The kitchen is roomy and opens to the Dining Area which is open to a large Living Room. Yard is enclosed on 3 sides with stockade fencing providing privacy. Home needs some cosmetic work and is being sold "as is". 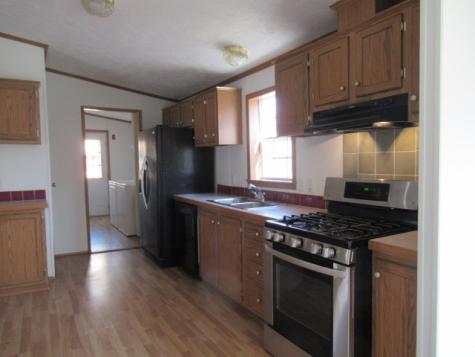 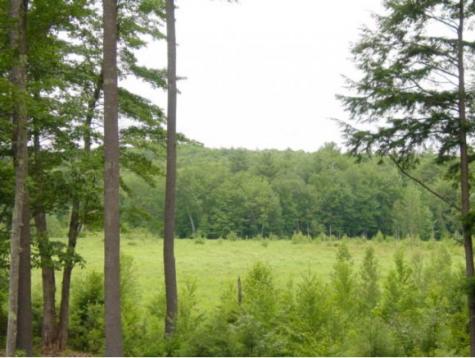 Buyer just pulled out of deal! Property will not last! Build this Fall! Beautiful 4.5 Acre lot (possible double lot). Hear the loons each night from Bow Lake. Five minute walk to one of the beaches. Unique Parcel overlooks marsh with wonderful birding and an occasional moose! Over 500 Feet of frontage beyond Corson Drive (a private Road). Road has been brought up to code, but needs to be certified. This should allow this lot to be subdivided into two lots. You have two distinct locations to site homes on the lot. Airstream on lot is not included. Gorgeous views of a marsh and beautiful sunsets with Southwest exposure! Lot cleared with 200 Amp service in place. Drive way in. Wild blueberries along edge of marsh. appears to be subdivided. copy of plot plan is available.

Bring your creative ideas and tool bag! This 1940's ranch with a 2003 addition has endless potential. Located just a short walk to Lucas Pond, this property has three easements to access the Pond. The home has a large deck perfect for entertaining. As you walk into the living room you are greeted with cathedral ceilings, a wood stove, and a lofted bedroom. Another bedroom and full bath are located on the main level, along with a bonus room or office space. Enjoy a second living room space through the kitchen with exposed beams. There are two sheds on this property for added storage. You will not want to miss this property at this price. Will most likely only go conventional or cash. Delayed Showings begin Saturday January 2nd, 2021.

Excellent opportunity to build your dream home on this beautiful South facing lot overlooking a large horse farm. Level 3.79 acre lot with shed with electricity, a 160' drilled well producing 60 gallons a minute and a four [ 4 ] bedroom septic already installed which only Needs a foundation for final approval. Multiple camper hookups for the occasional visitor and a cozy camp set in the woods with a wrap around deck and a wood stove hookup. Assisted showings please. 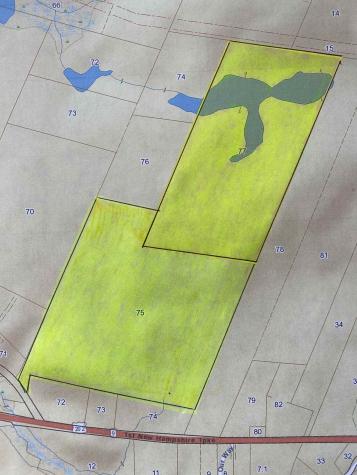 Impressive! Over 100 acres in Northwood is now for sale! Tucked behind Antique Alley, accessed via private right-of-way, this exclusive opportunity could have development potential, timber value, commercial or residential use, or more! Let your dreams run wild with this fantastic opportunity. Already divided into two lots, with potential for more with updated access, the "Fischer & Carter Lots" of Northwood are a primo location for your next venture! 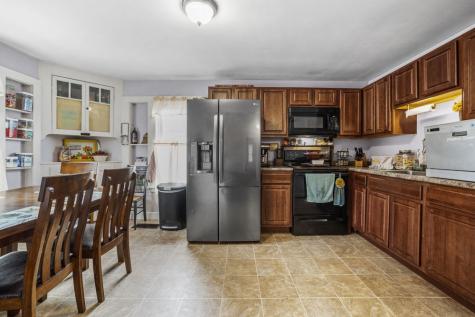 Adorable Ranch Located along the heart of Antique Alley featuring the magic of Route 4 antique homes, quiet when you are inside or out in the yard making you feel like you are far away from the easy access and conveniences that Route 4 and Northwood has to offer. This wonderful Ranch sits on a great 2 acre lot with lots parking. Enter through the bright and open porch for lots of natural light which also functions as the mudroom, pantry and laundry room. Inside welcomes you with a warm and inviting eat in kitchen with granite counter tops and cherry cabinets. Plenty of room for a table and also features beautiful built-ins. This layout allows for separation while still having an open floor plan. The living room has a wood stove that heats the whole home all winter long. Plus there is also an outside wood storage. There are also two good size bedrooms! The bathroom has a new tub surround and the whole inside of the home has been recently painted. The backyard is large and spacious allowing for plenty of room to spread out, entertain and enjoy. The basement has been partially dug out and houses the utilities and has been used as small workshop. Northwood has multiple resident only beaches & bodies of water (Bow Lake, Northwood Lake, Harvey Lake, Lucas Pond, Jennesse Pond), state park, many great places to eat even in a small town and so much more. This is a must see to appreciate all this wonderful home, property, location and town have to offer! Showings Start Tuesday 1/19/21. 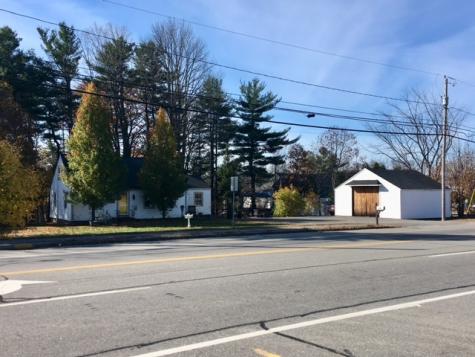 Just listed! Fantastic value, in desirable Northwood. This 3-bedroom Cape home comes with lots of amenities, shopping, banking just around the corner. Come live on Antique Alley of New Hampshire. Conveniently located between Portsmouth and Concord, with easy access to Route 4, 9, 43, and 107. This home comes with a 24x24 detached garage, enough space to store your cars, toys and much more. Beautiful hardwood floors through out the home. Enjoy the 3-season porch during Spring, Summer and Fall, and use the wood pellet in the living room to stay comfy and cozy those cold winter nights. Lovely back deck for perfect for entertaining, overlooking the large private wooded back yard. Please, No FHA, VA, or USDA financing. Delayed showing until 12/15/2020.

Copyright 2021 New England Real Estate Network, Inc. All rights reserved. This information is deemed reliable, but not guaranteed. The data relating to real estate for sale on this web site comes in part from the IDX Program of NEREN. The information being provided is for consumers' personal, non-commercial use and may not be used for any purpose other than to identify prospective properties consumers may be interested in purchasing. Data last updated January 20, 2021.