Pittsfield is a small rural community of about 4,500 residents, located in Merrimack County, nestled in the Suncook Valley region of NH Pittsfield is known for its beautiful landscape, farm land, country setting and the well-known Hot Air Balloon Festival that takes place every August.

For many years prior to its 1782 incorporation, this town was an unnamed parish of Chichester. Like Pittsburg in the north, Pittsfield was named for William Pitt, Prime Minister of the United Kingdom, and a great friend of the Colonies prior to the American Revolution. The town was settled in 1768 by several families originally from Hampton. Founder John Cram built grist and sawmills here in the late 1700s. Since 1901, Globe Manufacturing has made protective clothing for firefighters here.

The town claimed the Guinness World Record in July, 2001, as the place where the most number of people wore Groucho Marx glasses at the same time (522). Before Pittsfield's attempt, no other town had tried to set the record. 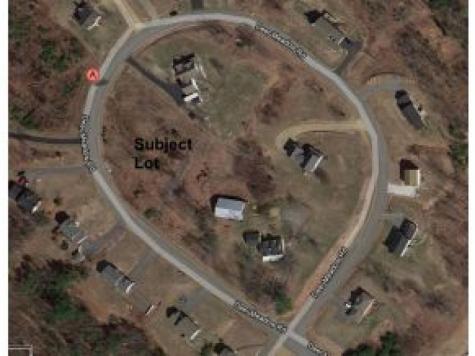 Ready to go build-able level lot, at the summit of the hill, in a fine development of executive homes. Development is well established with underground utilities and country setting. Less than 2 miles to Route 28, 10 miles to Epsom Circle. Very favorable owner financing terms available for all buyers. Come builders, come end users, create your vision here.

Rare Opportunity !! In this Sellers market its almost impossible to find an opportunity like this. Almost 7 acres of land are located on this corner lot in Pittsfield NH just a mile from Northwood NH and Beautiful Jenness Pond. The property formerly was the site of a mobile home that has since been removed. However, the utilities (Sewer, Artesian Well and Electric service) are still located on the property! (no warranties) Theres a lot of possibilities with this parcel So wether its another Mobile Home, Modular or Stick Built, take a look!! Its located on 11 Thompson Rd. just off of Route 107 (Catamount Rd.) in Pittsfield NH, Route 4 is nearby for easy access to Concord, Manchester and the Seacoast. Call or Text today!!

Location, location, location! Close to the Lakes Region and Concord, 45 minutes to Manchester and Seacoast, this level 2+- acre corner lot on Route 28 and Concord Hill Rd. in Pittsfield is the perfect location. With broad visibility on busy Route 28 with a car count of 7400/cars daily, Town Water, and located across from Dunkin Donuts, this lot has several options for commercial/industrial use. Access the lot on Concord Hill Road which has 440+- feet of road frontage. Some of the uses include: office building (a facsimile drawing of an office building is available), Auto Repair/sales/filling station, funeral home, fuel storage, green house, health club, theater, vet and more (town of Pittsfield Table of Use and Districts is available). Bring your business to the Suncook Valley. 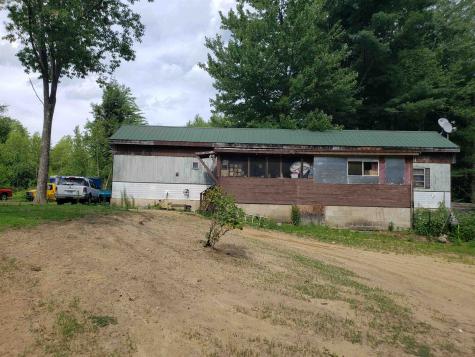 Older singlewide mobile home on 17 acres in commercial zone and long river frontage and lots of privacy; Once mobile home is removed, must be commercial structure, presently residential in commercial zone with visibility of Rt 28 and Rt 107; Very private home and request no driveby's in driveway; schedule an appointment to view; will not pass financing, needs cash sale.

Light Commercial / Industrial Zoned for your business needs. When facing Dunkin Donuts the land abuts it to the left. You can access the land off of 1 Kaime Road. This land is on Suncook Valley Highway which has a high traffic count and high visibility. Conveniently walking distance for your daily coffee run. Pittsfield is a quaint town with a historical walking trail and local amenities. Come see this desirable parcel on a busy commuter route or for your company or expansion needs. Land has been recently cleared. 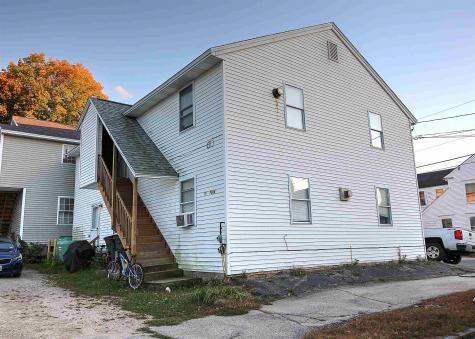 Great investment property in central New Hampshire for under 200k! It's not often that a multifamily property shows up in NH that is a few decades old or less. An MLS search shows that for all of 2019 and 2020 in Merrimack and Belknap Counties, only a few have sold that were built after the year 2000. This building was built in 2001, has vinyl siding for easy maintenance, and the roof was replaced two years ago. Each unit has three bedrooms, one bathroom, with separated utilities. Tenants pay for heat, hot water and electric. Property is located twenty minutes from Concord and half an hour to Laconia and the Lakes Region. A small grocery store and a handful of restaurants are within walking distance of the property. A park with a baseball field, playground, river trail and tennis and basketball courts is also a five-minute walk away. 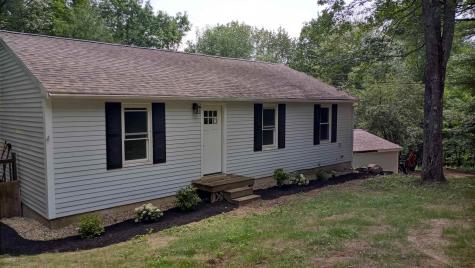 3 bedroom 1 3/4 bath. ready for your details. House has great potential, but does have a few issues. 1) crack in foundation,, 2) needs new roof- owner will have done before closing. It does have all newer windows.. but needs some new doors/storm doors. A good paint job will make this whole house shine. Very private lot.... on outskirts of town. Bring your toolbox. House will NOT GO FHA or new hampshire housing. 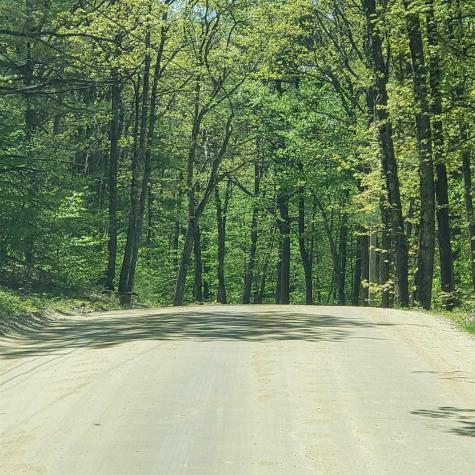 INVESTORS TAKE NOTICE, survey and all plans are completed for a 6 lot frontage subdivision in Pittsfield on Clough Road. Plans are ready for submittal to the Town of Pittsfield and NHDES Subsurface for review/approval. Priced for a quick sale. 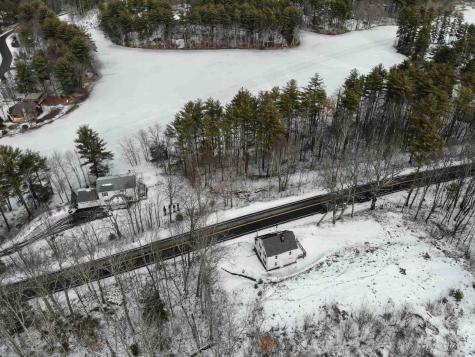 Beautiful water view of White's Pond! This three bedroom 1.5 bath home sits above the road for a birds eye view of the water and wildlife. An eagle was spotted on a tree top this week! Enter the sunroom from the side deck that also has water views. The entire sunroom has a wall of windows facing the water view as well as a wood stove hook-up with brick hearth. The living room is spacious and is open to the sunroom. The kitchen and baths have new tile flooring. New carpeting in the bedrooms, new barn doors on the second floor bedrooms (one with a water view) and the master bedroom takes up the entire third floor. The basement is clean, has a one car garage with auto open and additional covered parking space. Plenty of room on this nearly half acre lot. Updated electrical, plumbing and heating ducts. The second floor hallway has an area that would be great for a desk. Appliances will be installed. 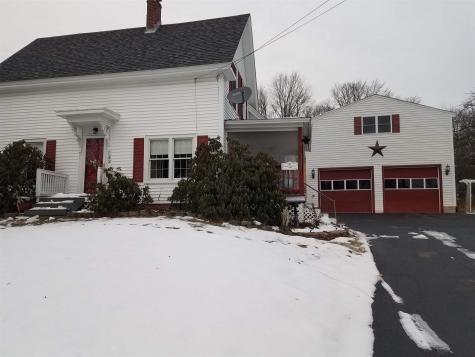 Copyright 2021 New England Real Estate Network, Inc. All rights reserved. This information is deemed reliable, but not guaranteed. The data relating to real estate for sale on this web site comes in part from the IDX Program of NEREN. The information being provided is for consumers' personal, non-commercial use and may not be used for any purpose other than to identify prospective properties consumers may be interested in purchasing. Data last updated January 24, 2021.